World War II begins and many of the students and professors of the Institute joined the War Front in defense of their homeland, many of them heroically fell, becoming heroes. The Institute is totally destroyed in the Stalingrad epic, in 1943 immediately after the defeat of the German forces, its restoration begins in March of that year.

For excellence in the training of teachers and professionals from various countries of the world the 7 of December of 1976 the Institute is honored by the Presidents of Czechoslovakia, the Medal Jan Amos Comenius 14 of December 1981 by decree of the Presidium of the Supreme Soviet of the USSR, the Institute was awarded the Order “Badge of Honor”.

In 1945, the Institute returned to Stalingrad. The Workers’ collective had to work in very difficult conditions. Almost all tangible assets have been lost: destroyed buildings, irretrievably lost 430 thousand volumes of scientific and educational literature, looted and destroyed laboratory equipment. In the bedrooms there was nothing left, of the furniture and they destroyed all the bedding.

Everything had to be rebuilt. When going from the Kamyshin region to Stalingrad there was only one building of five, designed for 250 seats. For the training sessions, 19 classrooms were allocated at school N 93 (around 800 students participate in two shifts). 29 apartments in Finnish houses were allocated to teachers.

By decision of the Commissioner for Education of the Russian Federation (RSFSR) SA Novikov, on April 20, 1945, he sent to the Stalingrad pedagogist, qualified scientists for updating Russian literature, zoology, chemistry, and assistant professors of history ancient, psychology, and cartography. First of all, the need to provide the institution with trucks, fuel, construction materials and other accessories for its rapid reconstruction.

Stalingrad was the most devastated city, in the war and could not give anything, in the 1950s, the demand for the institution grew, in order to restore and expand the network of primary and secondary schools to provide a general and compulsory education for children and provide in the city and throughout the country training for all young people, who in wartime could not receive an adequate education

The most important task of the institute was to increase the enrollment of students, but to carry out this task it was necessary to prepare a sufficient number of qualified teachers and urgently restore the material base of study that was deteriorated, and in some branches did not exist.

The winter of 1945 was very harsh, the lack of nutritious rations, the shortage of books, paper, the lack of necessary equipment, however the institution is full of life, the students together with the builders, helped to restore the hero city, to raise the buildings of the well-kept and of the institution, in the morning they attended classes and in the afternoon they got up to the construction work.

Aid from all over the country was intensifying, along with construction materials, containers of equipment and books arrived in the city for university professors from the universities of Moscow, Leningrad, Saratov and Kazan, who also sent their scientists to provide their services.. In 1946, 6 professors, 9 instructor professors, 28 tenured professors and 25 assistant professors worked at the institute. There were 16 departments, these were:

The Institute had 17 classrooms and laboratories. During five years after the war the number of students doubled: in 1946 there were 799, and in 1950 more than 1500. Like the number of teachers it increased to 117 people. However, the quality indicators in the educational work of the institute decreased, as a consequence of the war that lasted a long time.

In order to organize the systematic work the Rector Ivan A. Fursenko of the Stalingrad State Pedagogical Institute (SGPI), approved the work schedule, with activities every day of the week in the month: political information to students by part of the professors and courses, lectures and theoretical reports on the political and educational work plan of the Institute, and the meeting of the working group with the Komsomol committee, meeting of the local party committee with the Komsomol, and the academic councils, meetings of students, and teachers in the literary and artistic obschevuzovskie nights. All the events were held after the teaching activities in the afternoon section.

1946 was a difficult year in all respects. The problems are not limited to the students’ teaching difficulties and it was necessary to rescue these traditions in the new conditions and for this, logistical support personnel were required. The Rector of the Institute worked all day on financial matters that took him a long time.

It was necessary to buy coal and firewood for the winter, it was also necessary to reach individual agreements with private owners for the rental of apartments to accommodate a new group of students (in 1946, 250 students lived in apartments), another great controversy was until the restoration of the dining room of the institute, as well as restocking the necessary household goods and kitchen utensils.

The difficult years of the war affected the health of the students. There was a risk of gastrointestinal and other diseases appearing. Measures were taken to prevent outbreaks of diseases in the dormitories and in the Teaching building, boiled water troughs were installed, clean bedding was provided for the students.

An important part of the professors was dedicated to research work. And from 1950 the regular publication of scientific journals began. From chemistry, pedagogy and psychology, general physics, and mathematics of primary education, they began to study in the schools attached to them on the theme: “Preparation for the practice of secondary school students on the basis of combining the education with productive work. ” 95 works were published on this subject.

In 1949, the Faculty of Foreign Languages ​​opened the chairs of English and French. In order to assist researchers preparing for the Ph.D. and Master of Pedagogical Sciences candidacy examinations, systematic studies were organized on the foundations of Marxism-Leninism, in foreign languages. The group of researchers was created to study French, English, German and Latin languages, and permanent teachers were appointed for these groups.

In 1948 – 1959 years. It was created by Stalingrad State Pedagogical Institute (SGPI) postgraduate studies in the field of: zoology, mathematics, geography, physics, history of the CPSU, education, political economy. From 1948 to 1960, in the postgraduate modality, the Institute trained more than 60 Teachers. Many of them like: VF Afanasiev, VA Mukhin, IV Maiorov, EA Marenkova, V. Panchenko, AP Tarasov, VP Belkin, A. Linchenko. For many years they worked at the Institute.

Thanks to the influx of highly qualified personnel and the work of the Rector of the Institute, IA Fursenko, 1947 was the most productive year in the postwar period. All staff and students were required to strictly adhere to work discipline.

Students were entitled to winter vacations, they were forced to enter the university on time. If they were late without good justification, they were sanctioned, including expulsion from the institute. Thanks to this strict discipline and the work carried out, they allowed to improve the learning process, improve the academic performance of the students.

In 1949, the consequences of the war were still continuing, by decision of the Council of Ministers, several measures were adopted aimed at improving the standard of living for those people who had suffered the loss of their families and were orphans, were awarded scholarships, and enrolled in the institute, and some entered as workers of the same.

In 1956, it was observed that one of the greatest deficiencies that graduates presented at the beginning of their working life, was how to teach their students, this was because there were no teaching practices and for them it became necessary to change the training system of students. young teachers,.

One of the most important measures in this direction was the transition to new programs and study plans, providing comprehensive general teacher training. Work began on teacher training in the following specialties:

In 1956, in all the faculties the 5-year study plan was implemented, this brought as a consequence great changes and transformations in the teaching profile of future professors, it became necessary to change the study programs, as well as the restructuring of the forms and academic work methods.

For the first time, teaching practice was the fundamental objective in the vocational training plan for future teachers. The students had to comply with a long period of teaching practice in the schools of the city and the region, complying with a program of educational activities assigned by the institution, these practices were supervised and directed by more than 200 teachers with great experience in the teaching activity.

According to the institute’s calendar for summer vacations, the third-year students began to carry out summer teaching practices in the pioneer camps for 6 weeks, this experience was very successful and was implemented for the entire summer vacation.

In 1957 many achievements were obtained, beginning with the curriculum to the III year of Physics specialties and the bases of industrial production, for the realization of their professional internships in the Stalingrad tractor factory. The students obtained good results and the Institute achieved a better and higher quality in the preparation of these future professionals.

After the reopening of the new buildings, the institute began to work in a single section, greatly improving the living conditions of teachers and students, the old building became a hostel, allowing the accommodation of 880 students. And they were given high-quality, equipped apartments for teachers.

It was a great event in the life of the staff of the institute, the naming of the name of the writer Serafimovich. In 1932 he visited the institute and participated in a celebration party with the students in the institution’s assembly hall, the guest was received with a loud ovation and applause, he spoke with them, he told them about the cultural revolution that was taking place., of literature and the education of young people, on the importance of having opened the pedagogical institute in stalingrad. He also told them about the work of the great poet Pushkin, about the greatness of Russian classical literature.

After the death of A. Serafimovich, the institute takes its name. In honor of this great Russian writer, the dean of the Stalingrad State Pedagogical Institute (SGPI), IA Fursenko received from the laboratory of the Russian Language and Literature a collection of materials from the life and work of the writer, Serafimovich. These materials are partially preserved in the History Museum of the Volgograd Pedagogical University VSPU. 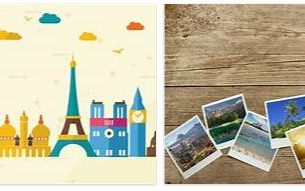 Choice of the Country of Study for Studying Abroad