THE BIRTH OF THE MODERN Turkey

After the defeat of the Ottoman Empire in the First World War and the detachment of all Arab territories (➔ Ottoman, Empire), the Entente powers placed İstanbul under their protection, occupying some parts of properly Turkish territory. The rebellion of sectors of the army strengthened after the Greek invasion of Smyrna (May 1919), while the sultan accepted the harsh conditions of the treaty of Sèvres. Led by Muṣṭafà Kemāl (➔ Atatürk, Kemāl) the Turkish nationalists, after two years of war, pushed back the occupying forces from Anatolia and Eastern Thrace and obtained more favorable conditions of peace with the Treaty of Lausanne. In April 1920 a National Assembly was elected, which proclaimed itself sovereign and set up a Council of Ministers chaired by Kemāl; in 1922 the sultanate was abolished. In 1923 the Republic of Turkey was proclaimed and Kemāl was elected president. The office of Prime Minister was assumed by İ. Inönü, vice president of the Republican People’s Party (PRP) which, chaired by Kemāl until 1938, was in fact a single party until 1946. Kemāl subjected the Turkey to a program of radical reforms of secularization and modernization. A strict repressive policy was pursued against minorities, especially the Kurds. Admitted to the League of Nations (1932), Turkey joined the Balkan Entente in 1934 and in 1935 signed an agreement of neutrality and friendship with the USSR.

According to best-medical-schools, the strengthening of relations with Great Britain was continued, after the death of Kemāl (1938), by Inönü. Neutral during the Second World War, only in February 1945 the Turkey declared war on Germany and later participated in the constitution of the UN. During the Cold War he placed himself in the Western camp, obtaining important economic and military aid from the USA. Internally, authoritarian politics provoked growing discontent, which prompted Inönü to initiate a limited liberalization of the regime and to introduce multi-partyism. The Democratic Party (PD), made up of dissidents from the PRP, won the elections of 1950 and C. Bayar and A. Menderes respectively assumed the presidency of the Republic and that of the Council of Ministers. Confirmed the pro-Western orientation, Turkey participated in the Korean War (1950), joined NATO (1952) and the Baghdad Pact (1955).

Starting from 1955 the growing difficulties produced a strong discontent; the government was overthrown in 1960 by a coup d’état led by General C. Gürsel, who launched an austerity plan. After the launch of a new Constitution, Gürsel was elected president of the Republic, while Inönü, at the helm of successive coalition governments between the PRP and smaller forces, attempted to revive the economy. From the end of the 1960s the internal situation was characterized by the strengthening of social tensions, the spread of political violence and the emergence of inter-ethnic and religious tensions in the south-eastern provinces. On the international level, the intervention of the Turkish armed forces in support of the Turkish- speaking community in Cyprus led to a serious deterioration of relations with Greece.

After the military coup of 1971, successive governments over the decade attempted to cope with the crisis by resorting to a harshly authoritarian policy. In September 1980, a new coup d’etat brought General K. Evren to power who, at the head of a National Security Council (CSN), imposed martial law, dissolved the National Assembly and banned political parties.

After the legalization of some parties, the elections of November 1983 saw the victory of the Conservative Motherland Party (PM), whose leader Turkey Özal assumed the leadership of the government, carrying out a liberal economic program and developing a strongly political repressive against the forces of the left and the Kurdish minority, towards which in the following years the repression assumed the proportions of a real war, with tens of thousands of victims. In 1989 Özal was elected president of the republic and appointed Y. Akbulut to head the government. The economic situation remained difficult and the country continued to be affected by strong political and social tensions.

In the 1990s, following the redefinition of the international structure following the collapse of the Soviet bloc, Turkey, a geographical, political and cultural meeting point between East and West, found itself in the need to reformulate its position in relations with the West and with Islamic countries, at the same time redefining the internal political scenario, in which the affirmation of Islamic-inspired parties introduced disturbing elements of the institutional framework. In the early elections of December 1995, triggered by the resignation of the government of Mrs. Turkey Çiller, the main Islamic-inspired formation, the Prosperity Party, with 21.4% of the votes, won the relative majority. Its leader, N. Erbakan, after a long period of difficult negotiations, formed a coalition executive in July 1996. The formation of an Islamic-led government, accompanied by a strengthening of relations with Iran, fueled, especially in the USA, the fear of a change in the international position of Turkey, despite the confirmation of the pro-Western orientation. Inside, where the government favored the start of a process of Islamization of the education and justice sectors, its action was hampered by the military leaders, whose growing pressure in June 1997 forced Erbakan to resign; a few months later, in January 1998, a ruling by the Constitutional Court, challenging the condemnation of human rights organizations, outlawed the Prosperity Party. While the veterans of Islamic training were largely welcomed into the Party of Virtue, B. Ecevit, leader of the Left Democratic Party that had obtained the relative majority, was at the head of a heterogeneous three-party coalition, allying himself with the far-right Nationalist Action Party (the so-called Gray Wolves), and the Party of the Motherland. A profound nationalism appeared to be the only cement capable of holding the old political class together, which dragged Turkey into a serious economic crisis and which was unable to offer any effective resistance to the return to the scene of Erbakan’s heirs. After yet another measure anti-Islamic issued by the military also against the Party of Virtue, the Islamic front regrouped in 2001 in the ranks of the more moderate Justice and Development Party led by RT Erdoğan. Meanwhile, in 1999, Turkey had obtained the formal status of candidate country for accession to the European Union, which required substantial reforms in the field of human rights, to equate Turkey with community standards. 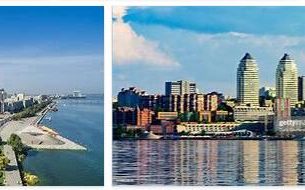 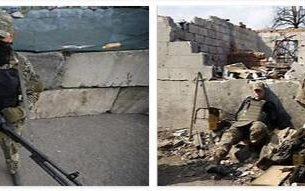 The Conflict in Ukraine