With the pension reform of 1959, the construction of the welfare state in the Sweden Social Democratic had reached its completion: the sixties saw only its stabilization with some modernization (equal wages for women, educational reforms, etc.). The broad lines remained unchanged, with social expenditure and public education at the top of the budget (1970-71, 28.3 and 18.3%). The private economy and market structure of the productive apparatus also remained intact, a well-functioning support for the expensive welfare state. The private share was more than 90% in the metallurgical, mechanical, shipbuilding, textile and banking industries; the expansion of the public sector was modest, while requests for anti-concentration measures met with little favor, despite the high degree of economic concentration (the “15 families”). T. Erlander’s tenure in the office of prime minister from 1946 until his resignation in 1969 illustrated the extraordinary stability of the Swedish political system. This system had its hinge in the hegemony of social democracy, normally slightly less than the absolute majority in Parliament and a stable governing party, one-color or sometimes in a coalition, as opposed to an opposition line-up formed by “bourgeois” parties.

The Center (the ancient agrarian party), the liberals and the conservatives were divided on economic and social policy, traditionally unable to form a unitary and inclined alignment, like the liberals and especially the agrarians (former government partners of the Social Democrats in the years 1951 -57), making use of individual opportunities for partial participation in power. This state of affairs had reduced the alternation of parties in government to very little, providing instead ample space for a social democratic policy which, beyond any concern of ideological “purity”, gave priority to the search for a broad social consensus, especially among the pressure groups. From 1964 the communist handful took over, under the popular leader Hermansson, more pragmatic positions of acceptance of parliamentary democracy and relative independence from the USSR (condemnation of the attack on Czechoslovakia in 1968). His refusal to join the “bourgeois” parties in a negative majority allowed the Social Democrats to exercise, even without an absolute majority, a stable and peaceful power: this had happened in an exemplary way after the elections of 1960 (114 Social Democrats, 5 Communists, 113 “bourgeois”), when however Erlander had been able to play very well on the contrasts that separated liberals and agrarians from conservatives. Also from 1964 there was growing pressure on non-socialist parties to form a unitary alliance with a common government program; shock of Prague, for the moment made this plan impracticable which, even now, seemed favored by the shift to the left of the Conservative Party (since 1968, “moderate”. The electoral reform (1971), which accentuated the proportionalistic character of the system, the elements of instability that emerged at the beginning of the new decade were also strengthened by favoring the Communist Party (which has also overcome the 4% barrier).

According to itypejob, the new minister O. Palme (in office since 1969), placed clearly to the left of his predecessor, tried to reabsorb the pressures of the “new left” with a turn in the socialist sense: towards greater social and economic equality (according to the report of the A. Myrdal commission, adopted by the party for the 1970 elections), in the sense of an “industrial democracy”. This policy adopted the tax burden as its first tool, focusing on the binomial; raising of lower wages – accentuated leveling of incomes. It provoked not only the distrust of the business world and conservatives, but also the stark aversion of white collars. (strike of their two unions, a very rare phenomenon in Sweden, in 1971), and of qualified workers, both hostile to leveling and downgrading. The three non-socialist parties reacted to Palme’s policy with a common economic program (1971), a potential premise for the formation of an alternative government bloc. The 1973 elections further weakened Social Democracy, but did not allow for the establishment of a “bourgeois” coalition government. They forced Palme to come to terms with the Center and with the liberals: he found himself in the need to avoid dependence on Communist deputies, to contain his left and to resume the tradition of centrism and the search for consensus, typical of Swedish social democracy. Among the latter, the Center, led by T. Fälldin since 1971, conquered, poujadistes like the Glistrup movement from neighboring Denmark. The aforementioned electoral reform was part of a vast reform of the constitution of 1809, in preparation since 1954 and carried out in successive stages; transition from bicameralism to monocameralism (1970), reduction of the legislature to three years, introduction of the vote of no confidence and the right to dissolve the Riksdag, primacy of the prime minister and elimination of almost all the political prerogatives of the monarch, after the succession to Gustav VI Adolfo of his nephew Carlo Gustavo (a new constitution was approved by the Riksdag in February 1974 and entered into force on December 1, 1979). Since 1968 the institution of the Ombudsman had been restructured (see sweden, XXXIII, p. 49).

The elections of September 1976 interrupted the long social democratic hegemony, dating back to the 1930s: the shift in the electorate was slight, but sufficient to tilt the balance towards non-socialist parties, still characterized by different assessments, but converging on an agreement provisional. The electoral campaign had been dominated by the energy question: the center party, already agrarian, had rejected the nuclear alternative (while Palme had supported a vast program to increase nuclear installations); however, the Center had been able to find a compromise with the liberals and moderates, sensitive, in the conditions of the oil crisis, to the problem of energy sources. Thus the non-socialist parties had fought together against any provision that could threaten the market economy based on private property (while Palme had mentioned, albeit with caution, the participation of the working class in the increase of corporate capital). On the basis of the electoral results and the agreements reached, a coalition cabinet was then set up chaired by Fälldin (Center-Liberal-Moderates). His program repeated the themes of the social market economy, theorized in West Germany in the late 1940s; the energy plan insisted on saving resources and exploiting solar energy. But the problems of nuclear energy, which divided the “bourgeois” coalition from the beginning, led to the fall of the Fälldin cabinet in October 1978. The tripartite agreement was dissolved, but the

In the 1960s, Sweden continued its traditional policy of neutrality, reconfirmed in the immediate post-war period and after the failure to establish a Nordic defensive alliance in 1949: a policy that pursues neutrality in a military confrontation and wants to guarantee the credibility of its defensive potential. It is therefore highly armed: defense occupies third place in the budget (in 1970-71 with 12.8%) and per capita expenditure exceeds that of its neighboring NATO member country Norway by 85%; the defense also relies on an efficient national war industry (Bofors). The government has repeatedly declined suggestions of nuclear weapons or measures to reduce the time needed to reach nuclear capacity, focusing instead on a nuclear non-proliferation policy, first with the Undén plan of the non-nuclear club (1964), then with the adhesion to the non-proliferation treaty. Swedish neutrality policy is traditionally non-isolationist: both in the law it uses to claim to take a stand, generally in a democratic or radical-liberal sense (condemnation of Soviet politics, from the Prague coup in 1948 to the suppression of the Hungarian uprising in 1956; condemnation of South African Apartheid, of the Iberian and Greek dictatorships), both with humanitarian initiatives and with a large contribution to the development of the Third World (ten-fold of state aid from 1960-61 to 1967-68; establishment in 1965 of the Swedish international development authority), and with active participation in global, regional and, increasingly, European organizations. The vast activity of the Sweden at the UN had been recognized with the election as general secretary of D. Hammarskjöld (1952), which had also constituted the universal recognition of its neutrality. Permanent availability – with Denmark and Norway – of troops that can be recalled in a short time for the “blue helmets”, detente, disarmament and arms control, have been the central objectives of Swedish diplomacy.

The area in which, by tradition and geography, Swedish politics mainly takes place is the Scandinavian one. The Swedish policy of armed neutrality is part of the “Nordic equilibrium” system, which, moreover, constitutes the little that could survive in the international system determined by the East-West contrast of the original design of the Nordic neutral alliance, a projection of the policy of neutrality Swedish army over the entire region. The “Nordic equilibrium” is based, within the framework of the SUA-USSR, NATO-Warsaw Pact conflict, on the following elements: precisely Swedish armed neutrality, with the declared aim of “making the sacrifices required to subjugate ourselves disproportionately to the strategic advantages that the aggressor could achieve “(according to the supreme commander, stocks of nuclear weapons. Another element of the system is Finnish neutrality, conditioned and impaired by the assistance treaty imposed by Stalin in 1948 and by the continuing need to take full account of Soviet foreign policy; the membership of Norway and Denmark in NATO and the restrictive and distensive policies that they conduct there are preconditions for the maintenance of Finnish independence.

Also essential to Swedish politics is “Nordic cooperation”. Its main body is the Nordic Council, established in 1952 between Sweden, Norway, Denmark and Iceland, with the accession of Finland in 1955, while the Fāröer and Aaland Islands have had their own representations since 1970; its functions are consultative (excluding defense and foreign policy). It was strengthened by the Helsinki Treaty (1962): even without reaching a level comparable to that of the EEC, integration is substantial, including a single labor market, harmonization of law, Scandinavian “social citizenship”, integration in fields such as research and air transport. While the EFTA had resulted in unprecedented integration between the Scandinavian economies, the application for membership of the EEC by Great Britain, Denmark and Norway (1961) confronted the Sweden with the prospect of a restructuring of its foreign trade; 60% in the enlarged Community against only 12% in the EFTA. While industry and the Conservative Party favored entry into the EEC, the government sought association; to the renewed request for Anglo-Danish-Norwegian membership, in 1967, Sweden joined with a request for negotiations, without specifying the desired relationship. From 1968 onwards, the Nordic economic and customs union project (NORDEK-SKANDEK) was under discussion, the equivalent of the “Nordic equilibrium” system and the crowning glory of Nordic cooperation; it failed, however, due to the withdrawal of Finland (1970), that it could not accept its transformation as a basis for the negotiations for accession to the EEC, attempted by Norway and Denmark. The clarification of the Swedish position, which was originally very vague, provoked by the 1970 negotiations, resulted in the renunciation of the Palme government (1971) to pursue membership of the EEC, considering the objective of political union incompatible with neutrality (Davignon plan). On January 1, 1973, the free trade agreement with the EEC entered into force. Relations with the superpowers were characterized, between the outbreak of the Cold War and the end of the 1950s, by sensational incidents with the USSR; but then the dissent over US policy in Vietnam led to serious diplomatic incidents. 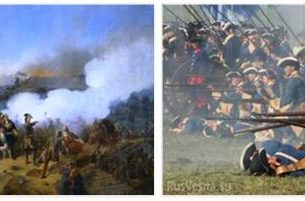 Sweden History – The Reign of Sweden in the 16th-17th Century 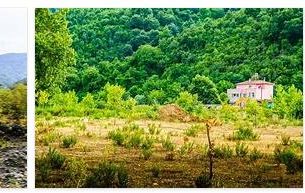