Following the second shock oil, the Sweden entered a period of recession in the three-year period 1980-82. To support economic activity, the government adopted spending programs that raised the government deficit from 4.0 to 7 percent of GDP. These deficits were mainly financed through the use of foreign debt, in order to keep interest rates low within the country, thus favoring investment. The deterioration in the balance of payments that occurred in these three years was due not only to the rise in the price of oil, but also to a loss of competitiveness due in part to the rapid increase in labor costs. The latter factor necessitated a sharp depreciation of the exchange rate in 1981. Despite the stagnation of income, the unemployment rate only increased by one point, remaining at around 3%.

From the end of 1982, a new strategy was adopted, aimed at encouraging economic growth through the development of exports, and at progressively reducing the current account deficit. The other objective of the government was to reduce the public deficit in order to free up resources for productive investments and limit the recourse to foreign debt. In the period 1983-84 these policies achieved important results. There was a recovery in economic activity, stimulated by the foreign component of demand. In particular, following the depreciation of the exchange rate in 1982, there was a rapid development of exports in volume. The result was a sharp improvement in the current account balance from a deficit of 3, $ 5 billion in 1982 to a surplus of $ 0.5 billion in 1984. Over this period the government deficit was reduced by more than half thanks to the decrease in both current expenditure and public investment. Given the already high level of taxation, however, no measures were taken to significantly increase revenues.

According to ebizdir, some problems emerged in 1985, when there was a slowdown in growth. At this stage it was domestic demand, stimulated by an increase in investment and by the significant wage increases granted during the previous year, which provided the impetus for income development. The negative effect on exports, deriving from the increase in labor costs and the sharp increase in imports, caused a worsening of the balance of payments. Some of these negative trends continued into 1986. Due to the dynamics of labor costs, Swedish industry continued to lose market share internationally, and the foreign component of demand again had a negative effect on economic growth.

In 1987-89 the rapid development of domestic demand continued, and the country found itself close to full use of production capacity; the unemployment rate gradually fell below 2%. The dynamics of domestic demand also led to a rapid development of imports and the progressive worsening of the current account balance. However, notable progress was made in the reorganization of public finances: in those years fiscal surpluses were recorded. The main problem to be solved remained that of reducing wages without increasing the unemployment rate. The increase in the cost of labor in fact had been, during the 1980s, at the basis of the tendential deterioration in competitiveness. Starting in 1985,

In 1990, domestic demand slowed down its growth considerably, as did GDP. Unemployment started to rise again after falling steadily for 6 years. In the same year, increases in indirect taxes and in labor costs brought the inflation rate back to close to 10%. The slowdown in domestic demand and GDP that took place in that year resulted in a marked decrease in the three-year period 1991-93 and unemployment, in 1993, reached levels never known in the previous decade (8.2%).

In May 1991 the Swedish krona was pegged to the ECU but, in November of the following year, a currency crisis caused the Sweden to abandon parity with the ECU again, leaving the krona to float, which underwent a devaluation of about 25%.. The 1992 crisis prompted the center-right government and the social democratic opposition to cooperate in implementing a program of austerity and strengthening the country’s international competitiveness. The decline in demand and the sharp rise in unemployment led to a sharp increase in the public deficit, which reached 13.4% of GDP in 1993.

In 1994, despite rather static domestic demand, exports, also favored by the devaluation of the krona, grew to such an extent that GDP growth was fairly high and the current account balance was back in surplus. At the same time, unemployment, albeit slightly, started to decline again, while inflation returned to 3%. In November, the new Social Democratic government launched new measures to raise taxes and reduce spending in order to reduce the public deficit. Since 1 January 1995, Sweden is part of the European Union. 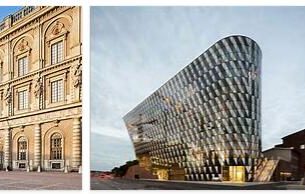