Telephone, Internet, digital cameras, atomic energy and X-rays – none of these would exist without physics. Translated from the Greek “physik” means something like “natural science”. Scientists have been trying to find out the principles according to which nature functions since ancient times. They examine atoms, elementary particles, gases and plasmas, the different forms of energy and dimensions such as time and space. The physical phenomena and relationships can be expressed in mathematical formulas and equations.

Physics is thus the most fundamental natural science , from which the other natural sciences, biology and chemistry, emerged later. If you want to research natural phenomena scientifically and were already enthusiastic about formulas like E = mc² in school, the physics course is the right place for you.

In the first semesters of the bachelor’s degree, students receive an introduction to the two major sub-areas of physics :

According to Liuxers, the students deal with the laws of mechanics, special relativity, electricity and quantum mechanics. The third pillar of the physics course is mathematics . In order to be able to understand the mathematical derivations and demonstrations for physical phenomena, the students learn, for example, integral calculus and differential geometry. Not only do they sit in the lecture hall, but also stand in the laboratory , where they carry out their own initial research.

In the higher semesters , students specialize in a sub-area of ​​physics . Depending on the university, there are different areas of focus such as astrophysics or medical physics. With a bachelor’s degree in their pocket, the graduates can theoretically enter the profession directly. The German Physical Society recommends, however, to follow up with a master’s degree. Only then do you qualify for higher positions in business or for an academic career.

Many universities offer general master’s programs . Here the students deepen their knowledge of theoretical physics and experimental physics. Depending on the university, they concentrate on various areas such as laser or semiconductor physics. There are also programs that are very specialized from the outset . This includes, for example, polymer science.

Anyone who intends to become a physics teacher must attach a Master of Education . This includes pedagogical and didactic content and qualifies for the subsequent legal clerkship.

You can study physics at most German universities and especially at technical universities. In addition to general courses of study, there are already more specific courses such as biophysics or technical physics in the Bachelor area . The structure of the Bachelor / Master of Education courses differs from state to state. Anyone considering studying physics should, however, be aware of the high mathematical requirements in any case . The ability to think logically and analytically is also indispensable in the course.

Around a quarter of all physicists stay at the university after completing their master’s degree and devote themselves to research . Many of them are doing their doctorate and later work at a university, in a Fraunhofer / Max Planck Institute or in other research centers. Another large proportion of the graduates pass the knowledge they have acquired during their studies on to schoolchildren as physics teachers. Since there is a great shortage of physics teachers, even graduates who have not studied to become a teacher have the chance to join the university as a teacher .

The large mathematical part in the course also enables activities in non-subject industries . Graduates work as IT specialists, mathematicians or in company management. Activities in consulting and at patent offices are also possible.

A stay abroad during their studies is recommended to prospective physicists in many ways. One or more semesters at a foreign university broaden your professional horizons and give you the opportunity to optimize your foreign language skills. In addition, you will gain experience with other teaching and learning methods and refine your scientific profile in the process . The intercultural competencies and soft skills that you acquire while studying abroad are popular with future employers . Whether you are going into business or aiming for an academic career: As a physicist, you mainly work in international teams. 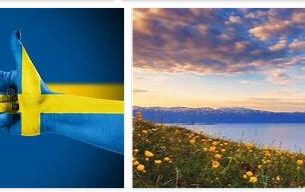 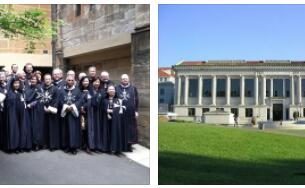 Colleges and Universities in West Virginia by Area Code