First I would like to say that the organization went really smoothly through MicroEDU and that I always received a competent answer to more complicated questions – that takes a lot of stress in advance and also the Facebook group for all MicroEDU students in the semester helped a lot.

I chose the “Business Courses” program even though I actually study media studies, but the “Consumer & Buyer Behavior” course, which I wanted to be credited, only took place as part of the business courses. In addition, I chose from the General Courses program, a course on social media (really recommendable, I learned a lot and Professor Davis was great), brand management (very labor-intensive, but interesting), surfing and wakeboarding. If I had looked at ratemyprof.com beforehand, I would not actually have chosen the brand management course in retrospect; it also took place much too late in the evening (7 pm-9.45 pm) and you were simply much too tired. The business course was a so-called “Special Session”, which was set up in addition to the normal program for ALI students, It was a shame that you don’t sit with Americans (I had 20 Germans and 1 Danish in my class), and you tend to discuss the tasks among each other in German. The other courses of mine were mixed courses, so you really had the opportunity to see the difference to German students. Profs like to brag about their professional success and go through their personal vita at the beginning of the course, but are generally much closer to the students, are very helpful and have real practical experience, which means that you can learn a lot of useful things instead of dry theory. Overall, there are a lot of projects, homework and multiple-choice tests throughout the semester, so you have something to do all the time, on the other hand, there is no “big” test at the end of the semester and the grade is made up of various achievements. Overall, the effort and level depended very much on the course and the professor, but in general my courses were a little easier than in Germany, but the learning effect was still high due to the practical orientation. I would probably have decided differently for one course the next time, otherwise I would choose the same again. I highly recommend taking one of the water sports courses, as you simply never have the opportunity in Germany and it’s really fun (you can choose either for credits or without it). My tip is to take courses on a maximum of 3 days a week so that you don’t have to go to university every day, preferably Tues-Thurs, so that you can go away for a long weekend. In most courses, attendance is checked and this actually makes up the majority of the grade. With my choice of course, I generally still had enough time for free time and was actually never overwhelmed with the subject matter. The “crashing” course went completely without any problems for me, despite previous worries – but I also know other students who did not get the courses they wanted, this is particularly the case with the finance courses. So if you want to be 100% sure that you will get the courses that are required for crediting in Germany and are not very flexible here, this variant of course registration in America may be a bit too insecure.

Car-free life in San Diego is possible, but not recommended. Many students have carpooled and some of them got by without a car. In PB and MB, for example, I can get around excellently by bike (“Beach Cruiser”). In a pinch, you can always take a trolley or bus, even if it takes a lot longer and you meet strange people there. I rented a car from Dirt Cheap Car Rental with my 2 roommates (like almost everyone else), we were lucky and had a good car for $ 400 a month, but others also had quite a junk mill and had to change frequently. With the division between the three of us, the timetable actually worked well, but you didn’t have the car very often. At first I planned to buy my own car However, it wasn’t worth it for me in retrospect, as I have no idea about cars and later wanted to save myself the stress of selling and possible repairs. However, some fellow students had their own car, some drove quite well with this decision, others had major repairs. We always had to rent a car for excursions, as we were only allowed to drive as far as LA with the dirt cheap car, but a rental car is always very cheap. As a tip: those who book through Expedia.de usually get very low prices and have accident insurance with them.

Sushi Monday, Taco Tuesday, Wasted Wednesday, Thirsty Thursday… you can go out in San Diego any day of the week. The most popular among the students was Taco Tuesday, which should perhaps be called Tequila Tuesday. Anyone who goes to San Diego can definitely look forward to an active nightlife culture. There is something for everyone – the chic downtown area, the beach bars in Pacific Beach, house parties on campus or reggae in the hippie district of Ocean Beach. You get to know new people very quickly here or meet a familiar face from university. Unfortunately, the clubs close at 1.30am – you go out more often during the week and you are still fit for university the next morning, although the master’s courses do not take place until the late afternoon or evening anyway. because many Americans go to university in addition to their job. In general, Americans also invite you to house parties very quickly – in principle you can just come in and celebrate, with something like that you are very open and everyone is welcome. For under 21-year-olds, partying in San Diego is difficult – no bar in PB will let you in without a passport (unfortunately, the German ID is not valid), so mostly only the private house parties on campus stay here, where mostly the minors are encountered. For under 21-year-olds, I don’t think America and especially San Diego are particularly recommendable, because you don’t even go into a bar and sometimes not even in restaurants that serve alcohol or buy alcohol in the supermarket, which can be annoying.

The SDSU campus is huge and beautiful – there is the brand new Aztec Union, a huge gym, the Aqua-Plex, the Viejas-Arena… you should definitely not miss one of the games of the university’s own basketball team see, the atmosphere is really great and the tickets for students are also completely free. Americans are just really loud and support their team at full volume. The opportunities for learning are also really good thanks to the 24-hour study rooms and group work rooms. It gets noisy at night on campus – there is always a party in at least one of the university houses or fraternity houses. Get more student review on San Diego State University on jibin123.

The options are endless in San Diego – especially when it comes to water sports. I recommend everyone to try surfing as soon as they arrive and, if necessary, even buy a wetsuit and a used surfboard, because you can sell them later for the same price and so don’t make a loss. And when else do you have the opportunity to own a surfboard? For those who love skateboarding, San Diego is also a paradise in that respect. Americans are generally very enthusiastic about sports and especially in California they are very fit, so you will be able to find any kind of sport. Surfing is particularly popular, however, and so you can meet surfer boys and surfer girls on every corner in winter.

The weather was one of the main reasons I ended up choosing San Diego. The sun doesn’t shine every day – but actually almost always. It rained within 5 months, I think only 5 times (once with a big storm and floods), which is really pleasant. In general, you can also lie on the beach and sunbathe in December / January – however, the Pacific is still too cold for swimming. If the weather is not that great, you only have to drive 1 hour further towards the desert and there you will find a cloudless sky.

Looking back, I really had an amazing time in San Diego and I am very happy that I decided to spend my semester abroad there. I would recommend the location and the university again at any time, but with the restriction that it is probably not ideal for improving your English skills compared to other universities in America due to the high proportion of German students. For those who are not necessarily focused on just sitting and learning at the university, but would rather like to go out and do a lot outside, the SDSU is highly recommended. The location of San Diego is also ideal for exploring the whole of California – since many of the fellow students are planning to do the same, it is always easy to find travel partners. Who has the opportunity should also take a detour to Hawaii – the flights from San Diego or LA are relatively “cheap” and the trip is definitely worthwhile. A really negative point about San Diego or California in general is the really high cost of living, because both rent and (healthy) food are very expensive. 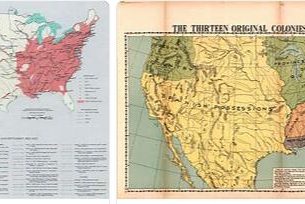