The other lands that make up Iran are structurally formed by an ancient plate, which is part of the Eurasian continent, closed and raised between large bundles of mountain ranges. These are represented by the Zagros range, which separates the plateau from the Mesopotamian depression and the Persian Gulf, its continuation, and by the Elburz system, which continues to the E in the fold of the Kopet Dag. These are chains delineated with the Cenozoic orogeny and formed as a result of corrugations caused by the pushes of the Syro-Arabian mass towards the North, pushes to which the rigidity of the Aralo-Caspian crustal mass was opposed. The chains emerged from the geosyncline Tethys, which famously developed from E to W throughout southern Eurasia. Zagros and Elburz are in fact the continuation of the mountain systems of Anatolia with which they are knotted in the Armenian region and in Azerbaijan, in the northwestern part of the country; towards E the same chains continue in the folding bundles of Baluchistan one, in Paropamiso and in Hindu Kush the other one. The Zagros is structurally formed by a series of folds whose course is well indicated by the general orientation of the chain, which develops for approx. 1000 km with an average width of over 200, and which morphologically consists of a series of rocky alignments from NW to SE, alternating with depression basins and alluvial plains arranged in the same direction. The highest peaks reach 4547 m in the Zard Kūh but overall the region, with its plateau trend, remains at 1800 m. The Mesozoic sedimentary formations (limestone) in the innermost section prevail, and the Cenozoic (sandstone and marl) formations on the entire external slope facing Mesopotamia. The structure is complicated by a series of fractures and faults still active, so much so that the Zagros region, like the nodal area of ​​Azerbaijan (which culminates at 4814 m with the Sabalān volcano), is frequently subject to seismic movements. Many of the basins mentioned above are endorheic and host salt lakes, others have been captured by the regressive erosion of the Mesopotamian rivers that cut across the chain in a spectacular way. Towards SE the Zagros gradually subsides in the Makrān region, which still has folds in the Mesozoic formations, but where there are also recent volcanic areas. The other great chain of Iran, the Elburz, is steeper than the Zagros; rises from the Caspian depression like a wall, suddenly passing from the Caspian levels (-28 m) to the 5604 m of Damāvand, which however is a volcanic cone superimposed on the great corrugation, arranged in the form of an arc from W to E. On the side southern Elburz has a less harsh slope that extends towards the depressions constituting the central nucleus of the Iranian highlands. This internal side is crossed by some deep valleys that lead to the passes of the chain, all quite high, and in which powerful Mesozoic formations and Paleozoic schistosis emerge.. Towards the E the Elburz lowers and passes into the Kopetdag, a chain formed by a double fold of Mesozoic rocks, divided between them by the Atrek valley. The chain reaches 3000 m in some point and tends to go out towards the border with Afghanistan. The Kopetdag is an important relief in Iranian geography because it is the element of separation between the lands of Khorāsān and the entire plateau from the Central Asian lowlands. The central plate of the plateau opens up between the great mountain ranges, which mountain ridges even of considerable height (Kuh-e-Hazārān, 4420 m; Shīr-Kūh, 4074 m) divide into various depressions, including the Kavīr, at the foot of the northeastern side of Zagros, the Dasht-e Kavīr, on the southeastern edge of the Elburz, and the Dasht-e Lūt, which extends south from the center of the plateau.

According to itypeusa, the peripheral chains and the presence of vast inland basins are determining factors for the Iranian hydrographic network. More than half of the territory drains its waters in inland areas; in particular, the Dasht-e Lūt and the Dasht-e Kavīr form a very extensive endorheic area, which represents over a third of the surface of the entire country. Salt lakes and vast white surfaces of saline deposits occupy both depressions, which have a markedly arid climate and therefore rapidly absorb the waters of the rivers that flow down from the mountains, especially in winter and spring. But everywhere in Iran, given the arid character of the climate, hydrography has a poorly organized network; however the importance of water fed by the mountain ranges is fundamental because thanks to those waters there can exist the numerous oases that arise at the base of the reliefs or at the edges of the depressions. Endoreica is the northern section of the country aimed at Caspian Sea, where, in addition to the short streams of the northern side of the Elburz, the rivers that drain Azerbaijan and the Armenian plateau, including the Aras on the border with the Republic of Azerbaijan, drain. In Western Azerbaijan an autonomous endorheism is represented by the basin of Lake Orūmīyeh (Lake Urmia). The external slope of the Zagros hydrographically belongs to the Persian Gulf to which two of the main rivers of Iran, the Kārūn, which drains the northern section and in the lower stretch flanks the Shaṭṭ al’Arab, and the Mond, originating in the central section of the chain, which cuts through with a tortuous path. From the anthropic point of view, the limited hydrographic development of the country is compensated by the presence of numerous aquifers, from which the oases draw their nourishment and from which man draws with those underground channels, the qanat, which in certain areas form a very dense network and fundamental in the geography of Iran. 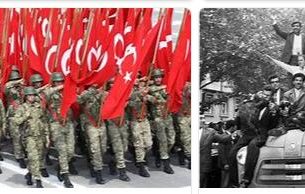 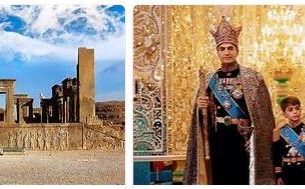