According to a2zdirectory, the area of ​​Guatemala, inhabited by the Maya groups of the Quiché and Cakchiquel, was subjugated in 1524 from Mexico by the Spaniards under the leadership of P. de Alvarado. During the Spanish colonial rule, Guatemala formed its own general captainate, which included all of Central America, except Panama. The most important export product was the dye indigo.

Independence and era of the caudillos

In 1821 the General Capitanate of Guatemala declared itself independent from Spain and joined the independent Empire of Mexico. After the fall of Emperor Agustín I in 1823, the Central American countries fell away from Mexico and became independent as the United States of Central America (Central American Confederation). Guatemala was the center of the conservative party, but was defeated in 1829 by the liberal leader Francisco Morazán (* 1792, † 1842).

In 1839 J. R. Carrera, who had ousted the Liberals from power in 1838, forcibly brought about the dissolution of the Confederation and founded the Republic of Guatemala, which he ruled with dictatorial power as President (1844-48, 1851-65). Supported by the army and the Catholic Church, he ruthlessly created internal order. In terms of foreign policy, he represented hegemonic claims against the other Central American states and, after a successful war against El Salvador and Honduras, appointed presidents devoted to him there. The era of the authoritarian caudillos in Guatemala, which lasted until 1944, began with Carrera.

The Liberals came to power through a revolution in 1871. J. R. Barrios became President (1873–85). He drove out the Jesuits, secularized monasteries, nationalized schools, introduced forced labor and continued the line of the conservatives in foreign policy. Barrios fell on April 2nd, 1885 in a war against the neighboring Central American states. His nephew José Maria Reína Barrios (* 1854, † 1898; President 1892–98) joined Guatemala in 1897 to another short-lived Central American alliance. After Reína Barrios ‘ assassination, M. Estrada Cabrera ruled(1898–1920) the country; he took care of the balance of state finances, surrounded himself with German advisors and leaned on the USA in terms of foreign policy. In 1906 he opened the country to the United Fruit Company (UFCO).

President Jorge Ubico (* 1878, † 1946; 1931–44) tried to counter the consequences of the global economic crisis by increasing the export of coffee and cotton and cracking down on social unrest.

Up until the Spanish conquest in the 17th century, Guatemala was the focus of the pre-Columbian Maya culture, as can be seen in the ruined cities with numerous temples, palaces and objects of art. The Maya also had a pictorial writing and an excellent knowledge of astronomy and mathematics. One of the most famous Mayan sites is the ruined city ​​of the same name in the Tikal National Park. In Chichicastenango, a place in the western highlands, the holy book ” Popol Vuh ” of the Quiché Maya was discovered in 1690. The collection of myths and legends reports on the creation of the world as well as various miracle stories and is considered one of the masterpieces of indigenous literature.

The ruins of Antigua Guatemala, founded in 1543 and once considered the most beautiful baroque city in Latin America, are an impressive cultural heritage of the Spanish colonial era. In 1773 it was completely destroyed by an earthquake and only partially rebuilt. Chichicastenango is the main pilgrimage destination of the Quiché. They mix Mayan religion and Christianity, which is particularly evident at the Santo Tomás Festival in December, when candles are lit in the church of Santo Tomás in honor of Jesus and the Mayan gods. The main attraction for tourists is the Chichicastenango market, where the Quiché-Maya sell their goods, especially hand-woven textiles.

In the Spanish-Christian country, over 20 Mayan languages ​​are spoken in addition to the official Spanish language. Since 1996, the Mayan language and culture have been officially upgraded through, among other things, bilingual classes and their own television station.

The most important representative of Guatemalan literature is Miguel Ángel Asturias . He wrote mostly epic works in the style of magical realism, often based on Mayan myths, including: “Legends from Guatemala” (1930). In 1967 he received the Nobel Prize for Literature.

The painter Carlos Merida (* 1891, † 1984) also became internationally known as a representative of Central American art. He combined pre-Columbian-indigenous aesthetics and myths with surreal and geometric-abstract tendencies and was also active as a designer of facades. In traditional Guatemalan music, Spanish and Afro-Caribbean elements are fused with those of the Mayan culture. The national instrument is the marimba. Current bands play rock and pop music with Latin American influences.

Popular and competitive sport is football. Popular recreational sports for locals and tourists are white water rafting, kayaking on Lake Atitlan and in the Pacific, volcano climbing and mountain biking, diving and surfing. 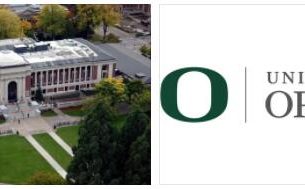