Downtown Cincinnati and the sunken I-71.

The city is considered one of the first cities in the Midwest to grow significantly in the early 1800s. It is the first major American city inland, and is considered a true American city, lacking the European influences that cities like Boston, New York and Philadelphia have on the East Coast. Due to this early growth, the city is also significantly more built-up than many other cities in the Midwestern United States. The population density is 1,612.1 inhabitants per square kilometer, which is further reduced by the relief in the city, with the hills and associated forests. The conurbation is also beautifully situated, on the hills around the Ohio River, and is mostly densely forested. It is striking that the older suburbs are more densely wooded than the newer ones, because the trees there are not yet fully grown. This is in contrast to cities such as Atlanta, which are completely located in the woods.

The city has many suburbs, most of which have barely 10,000 inhabitants, so there are many suburbs whose population is low, but together they form a large urban area. Over the years, Cincinnati has been unable to annex the surrounding area, as is often the case in other Midwestern cities such as Indianapolis and Columbus.. The city’s population has steadily declined since the 1960s, from a peak of 504,000 in 1950 to 297,000 in 2010. Suburbanization allowed Hamilton County, which includes Cincinnati, to grow until 1970, with a peak of 924,000. By 2010, this had fallen to 802,000 inhabitants. However, the growth of Butler County to the north continued, and in 2010 had a population of 368,000. Eastern Clermont County is also growing continuously and had 197,000 inhabitants in 2010. Kentucky’s suburbs are barely growing, with the exception of the southwestern suburbs. There is stagnation around Covington and Newport.

The city lies on the border of a subtropical climate and a continental continental climate. Temperatures can therefore still rise considerably in summer, but in winter temperatures that are well below zero are no exception.

Cincinnati’s road network is not very extensive, but it functions efficiently. However, the I-275 ring road is too far for much through traffic to avoid downtown Cincinnati. Portions of I-275 are often used as bypass, for example from I-75 to I-74. Since there is no highway on the east side of Cincinnati, I-275 is of no through importance there. Three main routes run through the city, although I-74 ends here and leads to Indianapolis. To the north, I-75 runs to Dayton, Toledo, and Detroit, and to the northeast, I-71 to Columbus and Cleveland. I-75 runs south to Lexington and Atlanta, and to the southwest runs I-71 to Louisville.

Most highways have 2×3 lanes, but there are a few that are wider, such as I-71/I-75 in Kentucky, and parts of I-71 and I-75 through Cincinnati. The city is an important hub in industrial Ohio for truck traffic.

The underlying road network does not form a grid, with the exception of Cincinnati itself, although this only applies to the residential streets, and not to the main roads. In the suburbs there is no fixed street pattern, and there are many cul-de-sacs. Seven bridges cross the Ohio, four of which are highways. The busiest is the I-71/I-75 double-deck bridge, which carries most of the through traffic. In addition, there are quite a few US Highways in the metropolitan area, which radiate in all directions. To the east is SR-32, a long-haul four-lane highway through southern Ohio. Because there are no important places to the east, a highway has never been built there.

Cincinnati was a major industrial center in the 1930s and 1940s, and in 1941 the first freeway, the Mill Creek Expressway, opened a few miles in the suburb of Lockland. This would later become I-75. In the late 1940s this was extended south to Elmwood Place. In 1958, I-75 opened in northern Cincinnati, and opened along Cincinnati in 1962 and 1963. By this time, the highway to Dayton was also completed, making Interstate 75 the first through highway in Cincinnati. At the same time, some side branches were built, which is now State Route 126 and State Route 562.

In 1961, the sunken portion along Downtown Cincinnati opened to traffic, later becoming part of I-71. The construction of I-71, however, was still several years away. The I-275 northern beltway opened in the early 1960s, but it wasn’t until the 1970s that Cincinnati’s highway network really began to take shape. Between 1970 and 1974, I-71 was opened through Cincinnati and the suburbs, connecting the city to Columbus. In 1970, I-75 in Kentucky was also completed, so that Cincinnati was accessible in three directions. In 1974, I-74 in western Cincinnati was completed. After that, the last sections of Beltway I-275 were opened between 1976 and 1979.

In 1976, I-471 over the Ohio River was opened but did not connect to any other highways. By the late 1970s, large-scale highway construction in the Cincinnati area was over, and attention was focused on completing individual projects. In 1981, I-471 was completed, connecting Cincinnati to suburban Kentucky by two routes. A project that came even later was the construction of the western portion of State Route 126, an east-west link through the northern suburbs of Cincinnati. It was not completed until 1991 and 1997. Still later, in 1999, State Route 129 opened to the distant suburb of Hamilton, originally a city well outside of Cincinnati, but attached to Cincinnati due to suburban growth. [2]

Future projects focus on the modernization of Interstate 75, the busiest and most congested highway in the Cincinnati area. Between 2010 and mid-2025, I-75 will be upgraded through Cincinnati and its northern suburbs. The entire highway will be widened to 2×4 to 2×5 lanes and the connections will be modernized.

The congestion in and around Cincinnati is not that bad, but the conurbation is certainly not traffic-free. Bottlenecks are the bridges, and a number of short stretches of access highways. A bigger bottleneck is I-71/I-75 in Covington, which narrows from 2×5 to 2×3 lanes, while traffic increases just before Cincinnati. I-75 further through Cincinnati is also problematic, as is I-71. This is mainly because Cincinnati’s population has decreased, while suburban numbers have increased sharply, while jobs have mostly remained in Cincinnati, generating additional commuter traffic. 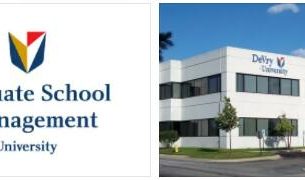 Colleges and Universities in Missouri by Area Code