At the beginning of the planning of a study abroad there is the choice of a suitable study country. And the choice of potential destinations is not exactly small: whether in Europe, North America, South America, Asia, Oceania or Africa. All around the world, wanderlust-plagued students have the opportunity to discover foreign countries and gain an academic education.

Criteria for choosing the country of study for studying abroad

The abundance of interesting target countries for studying abroad does not initially make it easy to choose a suitable study country. However, there are various criteria that help students to find the ideal destination for them. Which one it is depends on the individual – there is no such thing as “the” ideal target country that is suitable for all students. When it comes to decision-making, students focus on different things. What is important to some is irrelevant to others. The criteria listed below for choosing a study country are weighted very differently by students.

Personal interest in the country of study

When choosing a study country for studying abroad, it is of course very important to be interested in the target country itself. It is therefore advisable to first find out about the study opportunities in the dream country or in the countries that you find exciting. Anyone who has always dreamed of living in the USA for a while is in good hands there with a study abroad. Even students who prefer “more unusual” goals for their studies abroad can find study countries in which a thirst for adventure and academic training can be combined. Why not spend your semester abroad in a South American country like Peru or Argentinadiscover? Or spend a semester in Thailand or Vietnam? So much is possible!

A criterion that should not be underestimated when choosing a study country is the national language, especially in countries where English is not the official language. Universities in non-English-speaking countries such as Spain, Latvia, China or Chile certainly not only offer study opportunities in the national language, but also in English. This means that the language barrier during studies is not necessarily higher than in English-speaking countries such as the USA, Australia or Great Britain- provided you speak good enough English. However, while studying abroad, students don’t just stay at the university. You also move away from the campus in the study country and communicate in various situations with locals who do not always speak the English language. Before choosing a non-English-speaking country to study abroad, students should therefore ask themselves the following questions:

Meaningfulness of a country for the subject and the career aspiration

When choosing a country to study abroad, students should also think about which goal makes sense for their field of study and their career aspirations. Unfortunately, cheap tuition fees and living costs or personal interest in a country do not always mean that it is also a good study destination.

For students of English studies, for example, a semester abroad in South America makes little sense, while there is no more suitable destination for students of regional studies in Latin America. Studying in New Zealand can be very useful for budding geologists. Because of the geological characteristics of the country, some of the best geologists in the world work there. If you are interested in logistics and international trade and would like to work in these areas later, Asia can be a career-technically sensible study optionbe. After all, more and more companies are orienting themselves towards Asia and therefore need employees with a knowledge of Asian culture. Studying in an Asian country such as China or Singapore can therefore serve as a door opener to jobs in international companies.

Fee structure and cost of living in the study country

Also with regard to the cost of living there are of course significant differences between countries. In New Zealand or Great Britain, for example, students can expect quite a high cost of living. In other countries, however, the cost of living is rather low compared to Germany. These include Malaysia, Peru and Vietnam.

Financing options in the study country

The costs of studying abroad also want to be covered. Therefore, when choosing a country to study, students should consider the available funding options for studying abroad in various target countries.

This applies primarily to students who are planning a complete Bachelor’s or Master’s degree abroad and do not want to spend just one or two semesters abroad. A semester abroad can be funded worldwide through the Auslands-BAföG, a full course only within the European Union and in Switzerland. For a bachelor’s degree in Great Britain, for example, students can receive BAföG abroad. But if you are thinking about a bachelor’s degree in the USA, for example, you cannot hope for BAföG abroad and have to look around for other financing options.

Financial aid for a full course outside Europe can be scholarships or student loans. This means that it is also possible to finance a partial course within and outside of Europe.

Who work alongside wants to fund study abroad, should to find out how far this country in which is possible before the election study country.

Climatic conditions and geographical features of a country

One point that prospective foreign students should not ignore are the climatic conditions of a potential study country. As is so often the case, preferences are different here too. Some prefer it warm, others rather cold. For many, rain often spoils their mood, for others rainy weather is no problem. You should also ask yourself whether you can permanently cope with extreme heat and high humidity, such as are typical for Malaysia. Or whether you like a snowy winter, such as that found in parts of Canada.

Geographical peculiarities can also play a role when choosing a study country for studying abroad. Fans of sun, sand and sea, for example, are likely to be drawn to warm countries with beautiful beaches. For example, if you need mountains for your happiness, you can study abroad in a country with beautiful mountains. There you can indulge in mountain biking, hiking or skiing next to the university and enjoy the beautiful view.

Removal of the study country from home

Do you want to study at the other end of the world or do you prefer just a few hours’ flight from home? You should also think about that and here too the needs are very different. Studying far away from home in South America, North America or Asia is of course a great adventure. At the same time, however, it also means that the students cannot fly home for Christmas or a parent’s birthday, for example, without spending a lot of money and time. For example, if you are studying abroad in Spain, Great Britain or Ireland, it will be easier.

Whether this question arises at all is of course a matter of type. If it does arise, then maybe more for students who complete a full degree and spend several years abroad. Semester students are after all separated from family and friends for a much shorter period of time. Fortunately, our modern means of communication make keeping in touch with home easier than ever.

Academic year in the country of study

For students who want to spend a semester abroad, the division of the academic year in a country is also relevant when choosing the country of study. The lecture and exam periods at the home institution should finally possible, not overlap with the stay abroad.

The semester or trimester dates are not the same in every study country. This is why some study countries are more suitable than others for a semester abroad for certain periods of time. That means whether a study country is suitable for a semester abroad also depends on when it is to take place. Let us take the USA as an example in this context: At many universities, the academic year is divided into semesters. The fall semester in the US usually starts in August. So it usually does not collide with the lectures or exams at German universities. The spring semesteron the other hand, starts in January, and at this time the semester is still in full swing in this country. That makes a semester abroad more difficult – but not impossible.

Students should inquire individually to what extent they can integrate a semester abroad, which begins in the middle of the semester at home, into their studies. For example, some universities in Germany offer early exam dates.

If you are flexible about the time of the semester abroad and can envision a study stay abroad in both the German summer and winter semester, a semester abroad in the desired country can usually be easily combined with studying at the home university. In general, semester students should inform themselves about the dates of the academic year in the countries in question when choosing a study country. 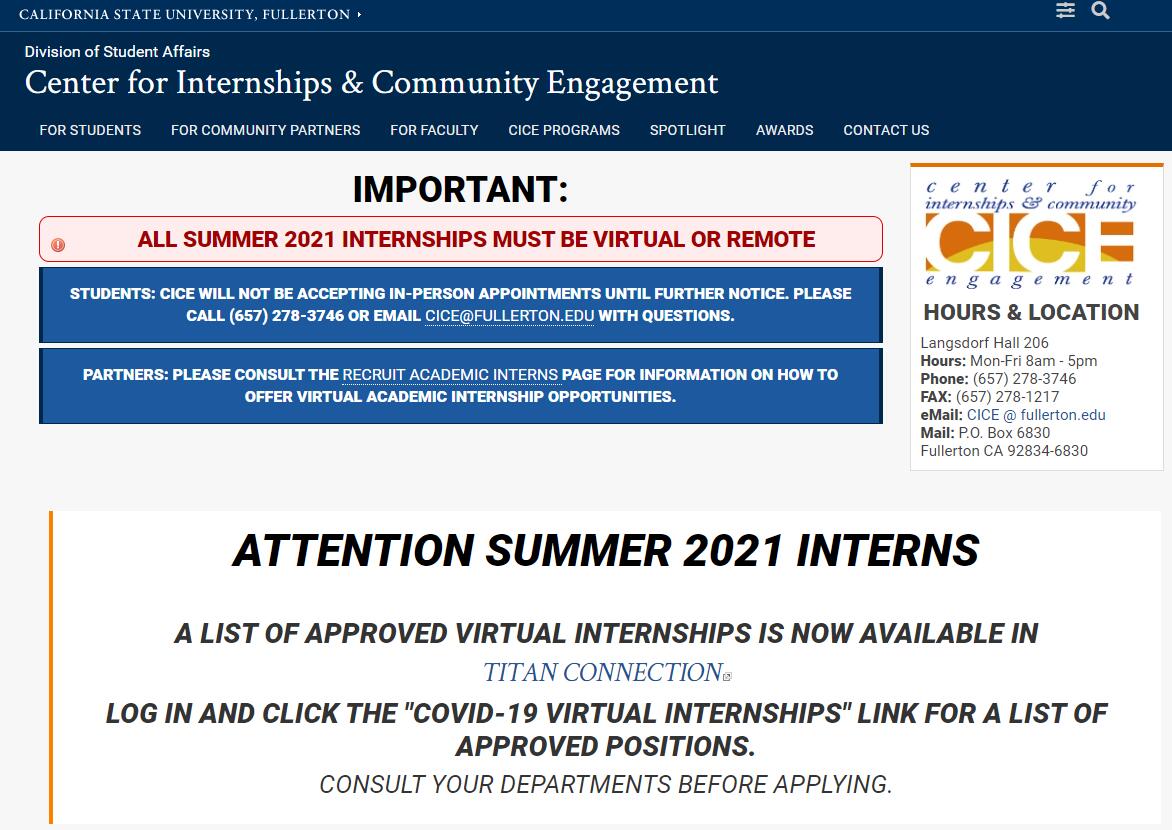 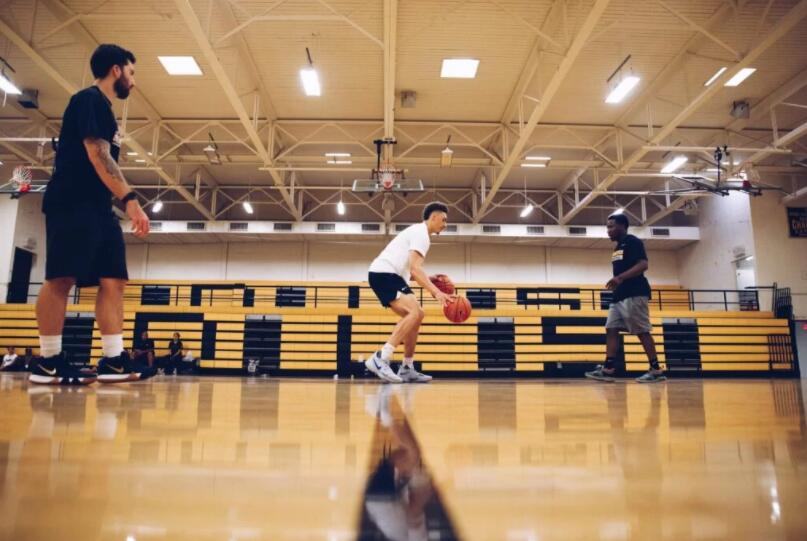